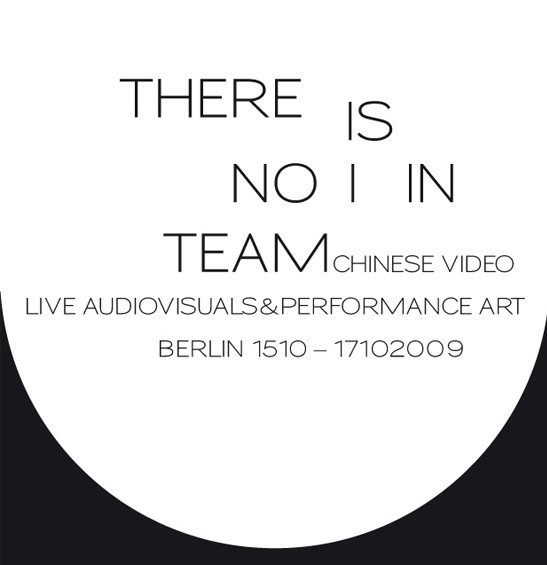 The event is structured around the idea of making live a radio program focusing on rhizomatic networks stretching out from China to Berlin. The guests for the radio program THERE IS NO I IN TEAM belong, for different reasons, to the same network of people who create their artistic projects on an individual basis but yet become public through the existence of a team of people who provide a context to make it public. The radio program THERE IS NO I IN TEAM installs itself in an exhibition space where the work of their Chinese ‘comrades’ will present topics as the role of the individual, hierarchy, power, public space, market strategies and capitalism, and in this way determine the topical boundaries for the talks, interviews, performances, video screenings, Skype conversations, and other elements of the radio program. The development of new media, such as Internet and digital imaging, benefit these alternative Do-It-Yourself strategies. They offer to those art practices greater travel, mobility and the emergence from a background, because of our newfound comfort with the immaterial world of big data invisibly flowing through the post-digital realm. 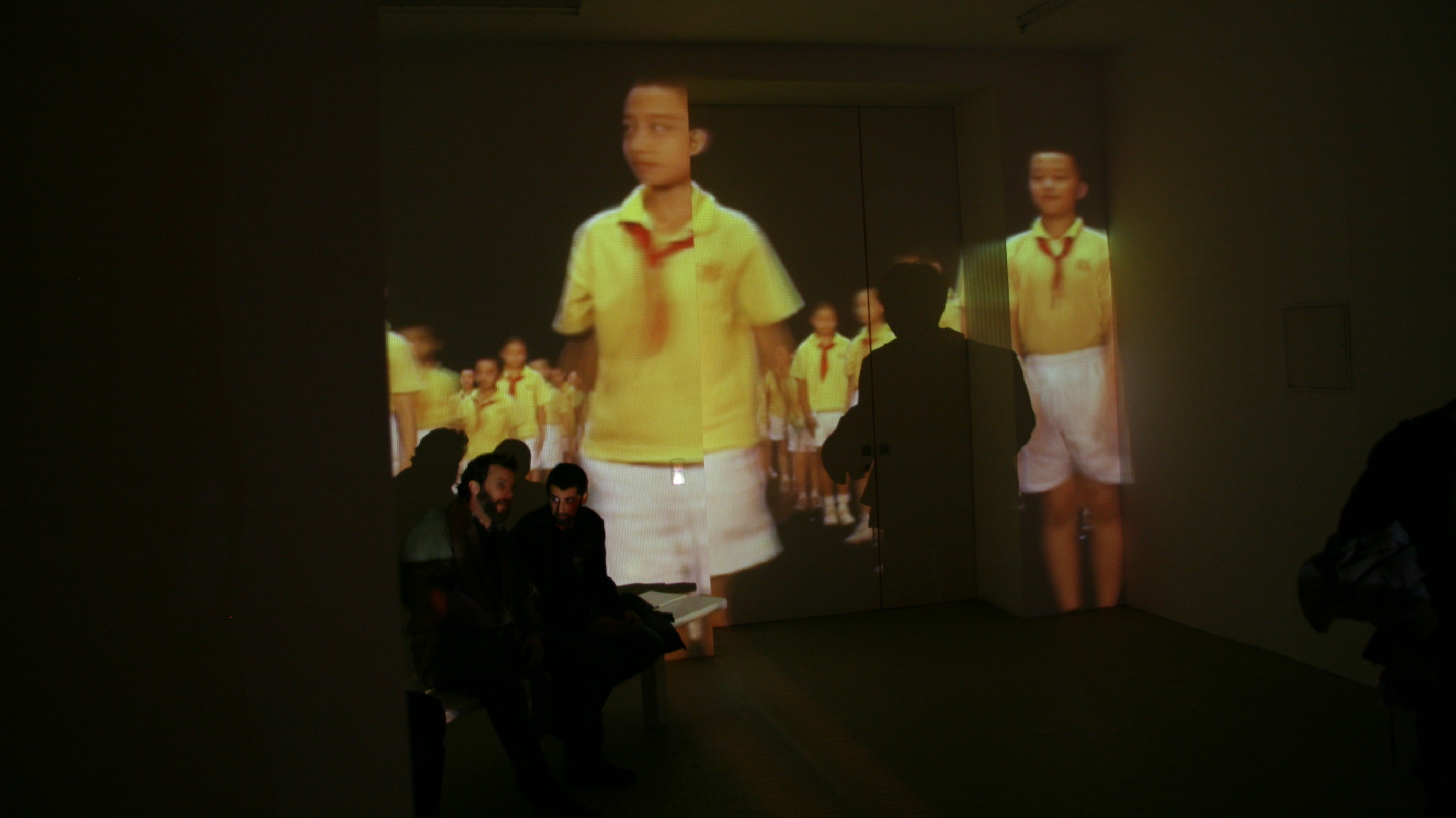 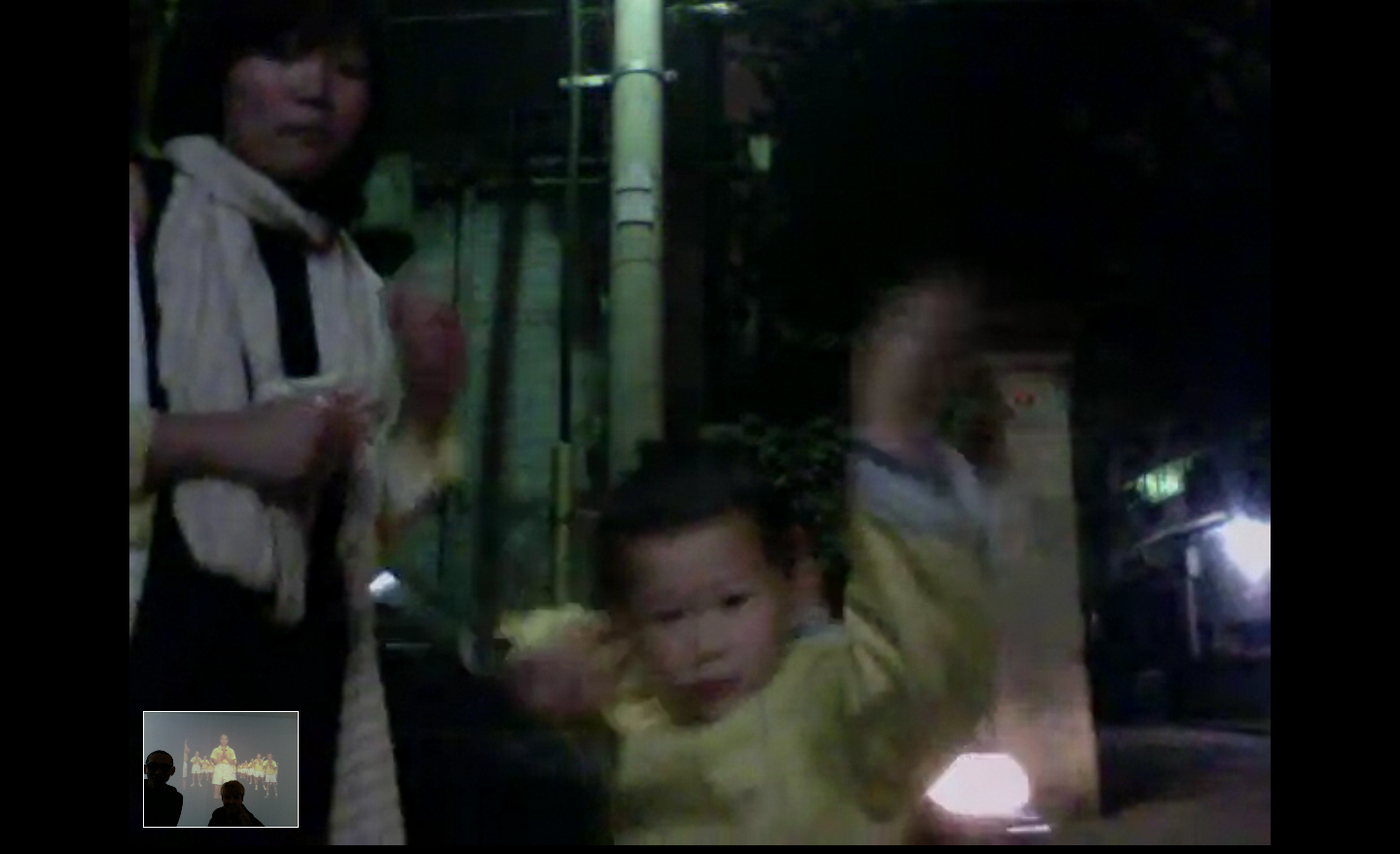 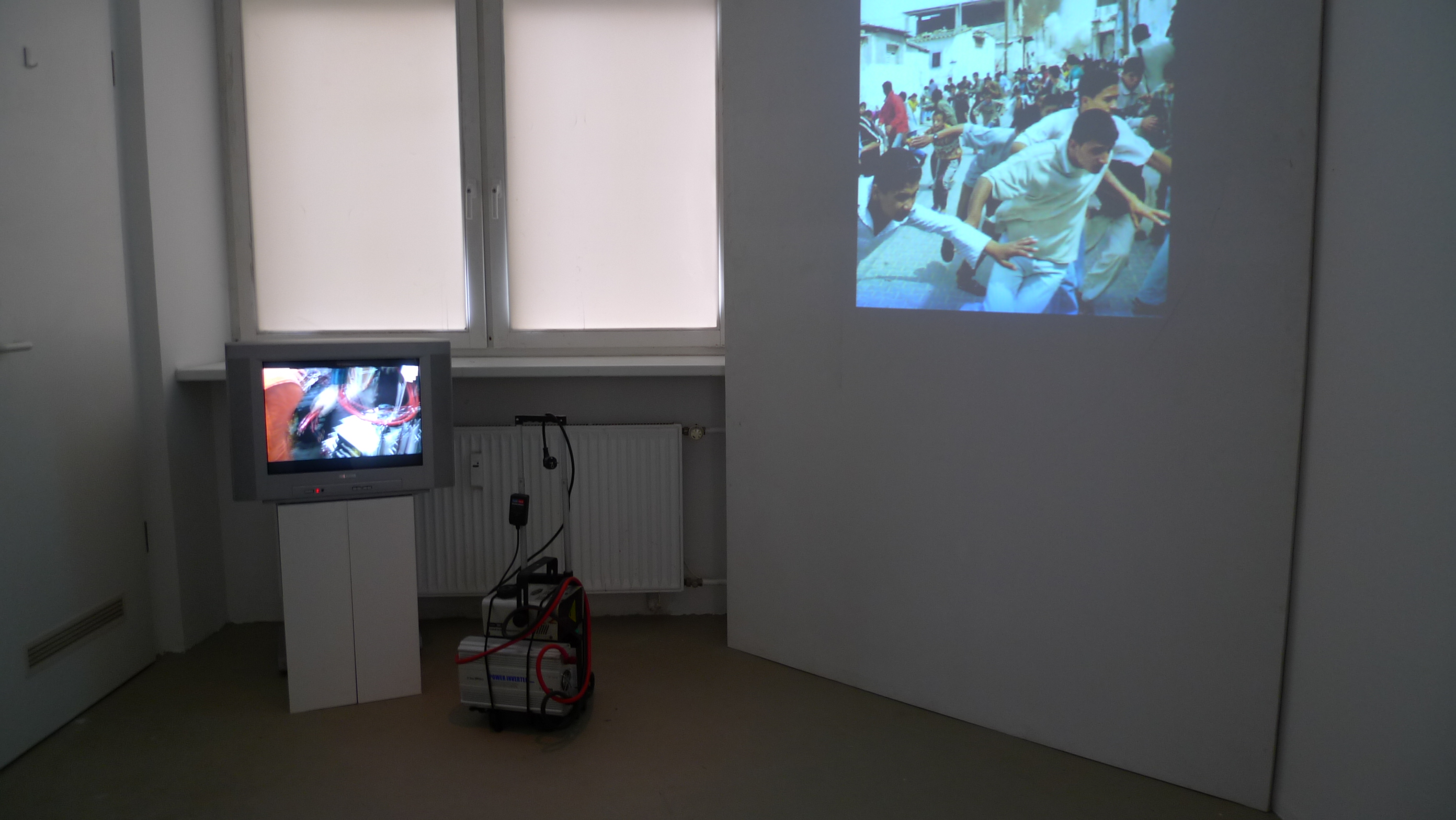 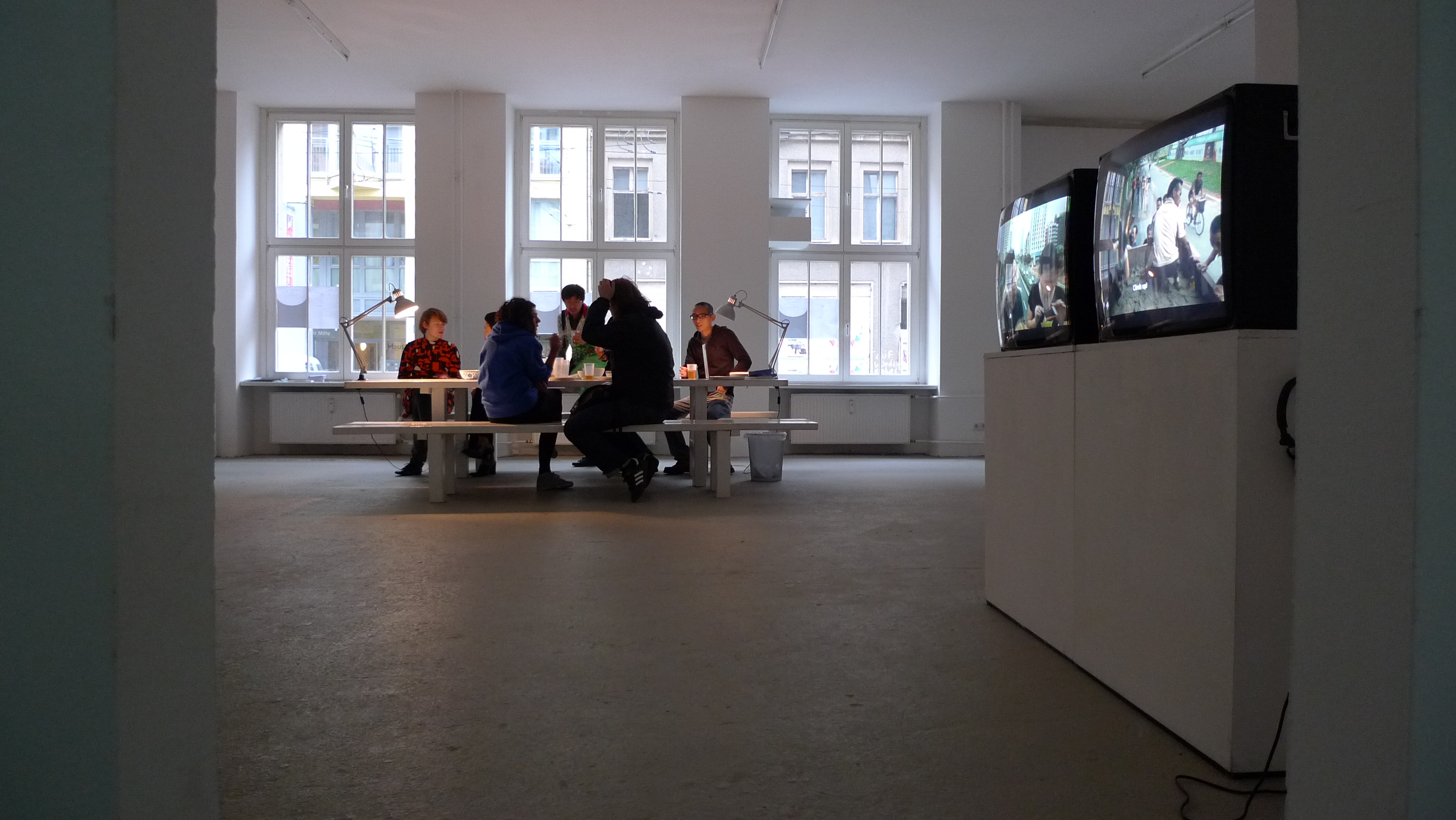 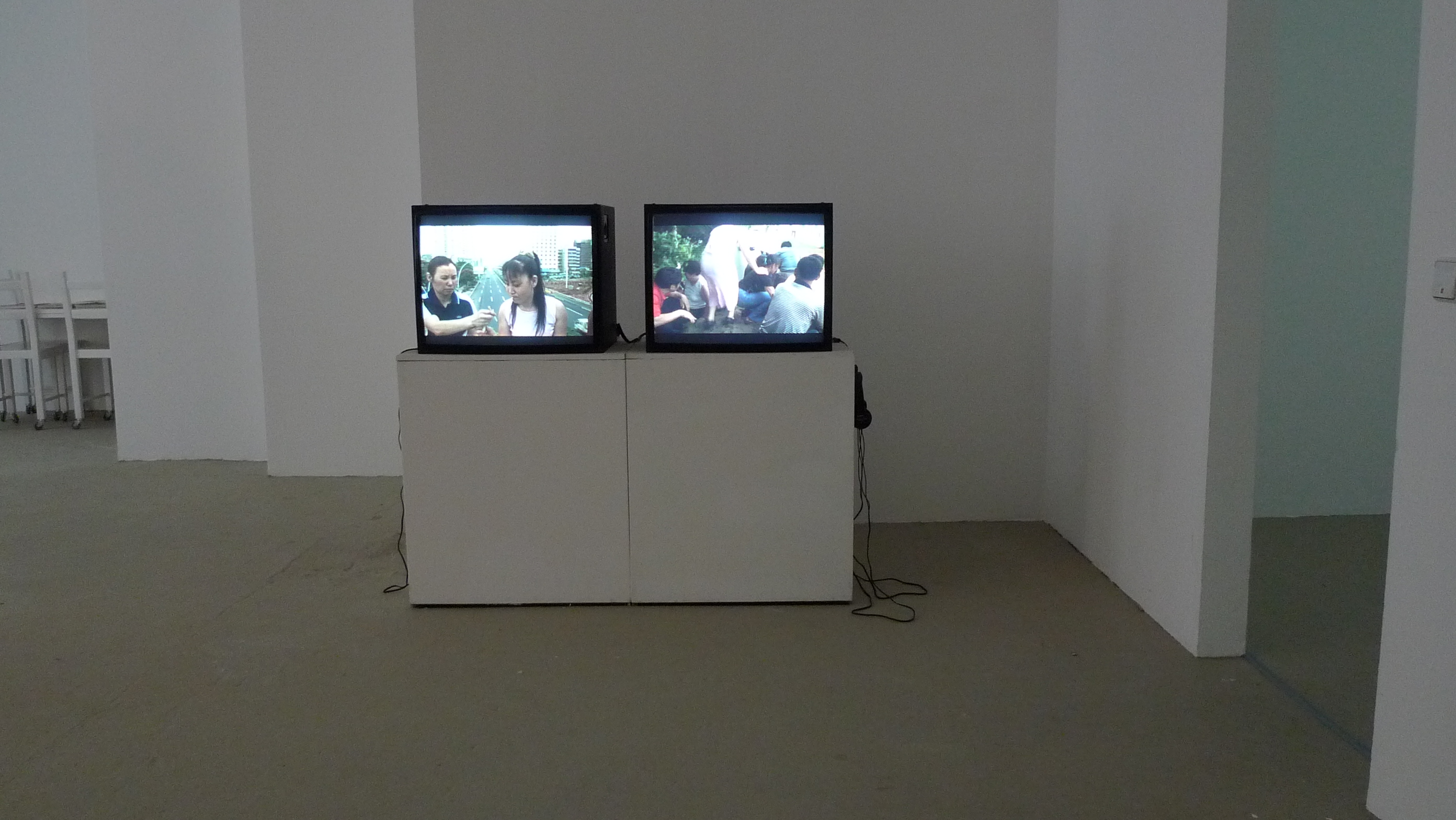 Passing on the Torch by Meiya Lin 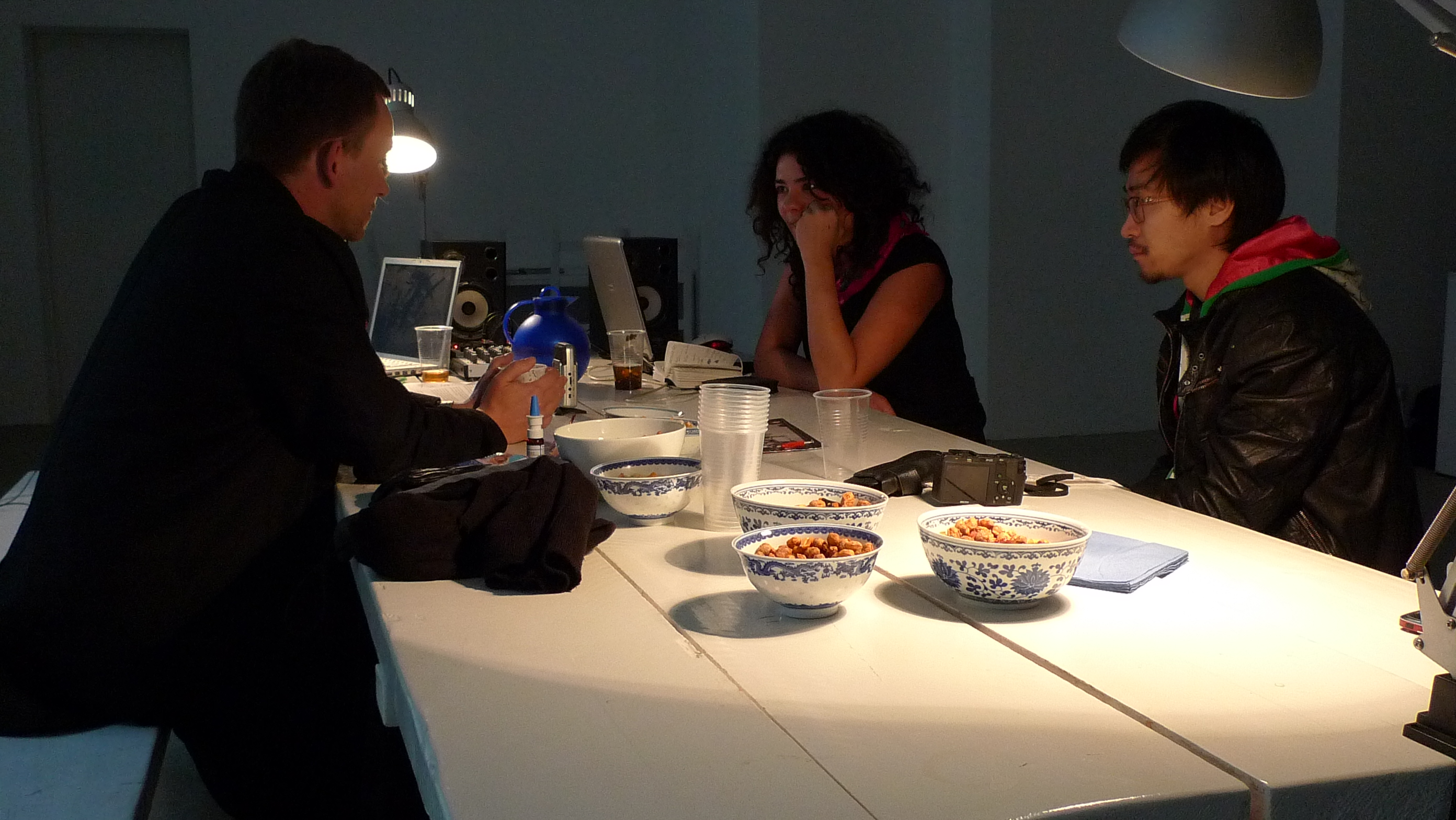 Recording the podcast in Program with Jin Shan, Lillevan and Leo De Boisgisson 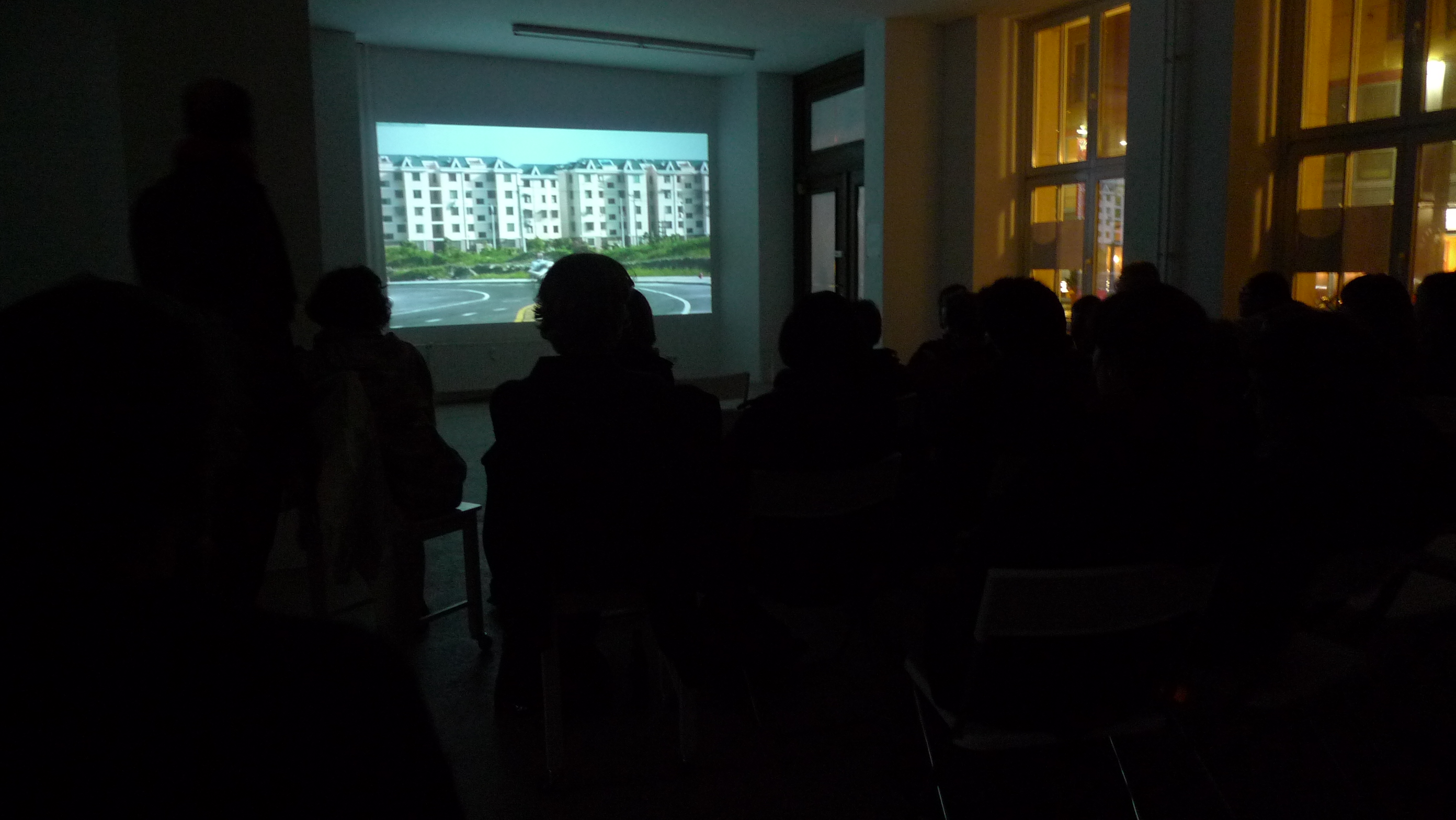 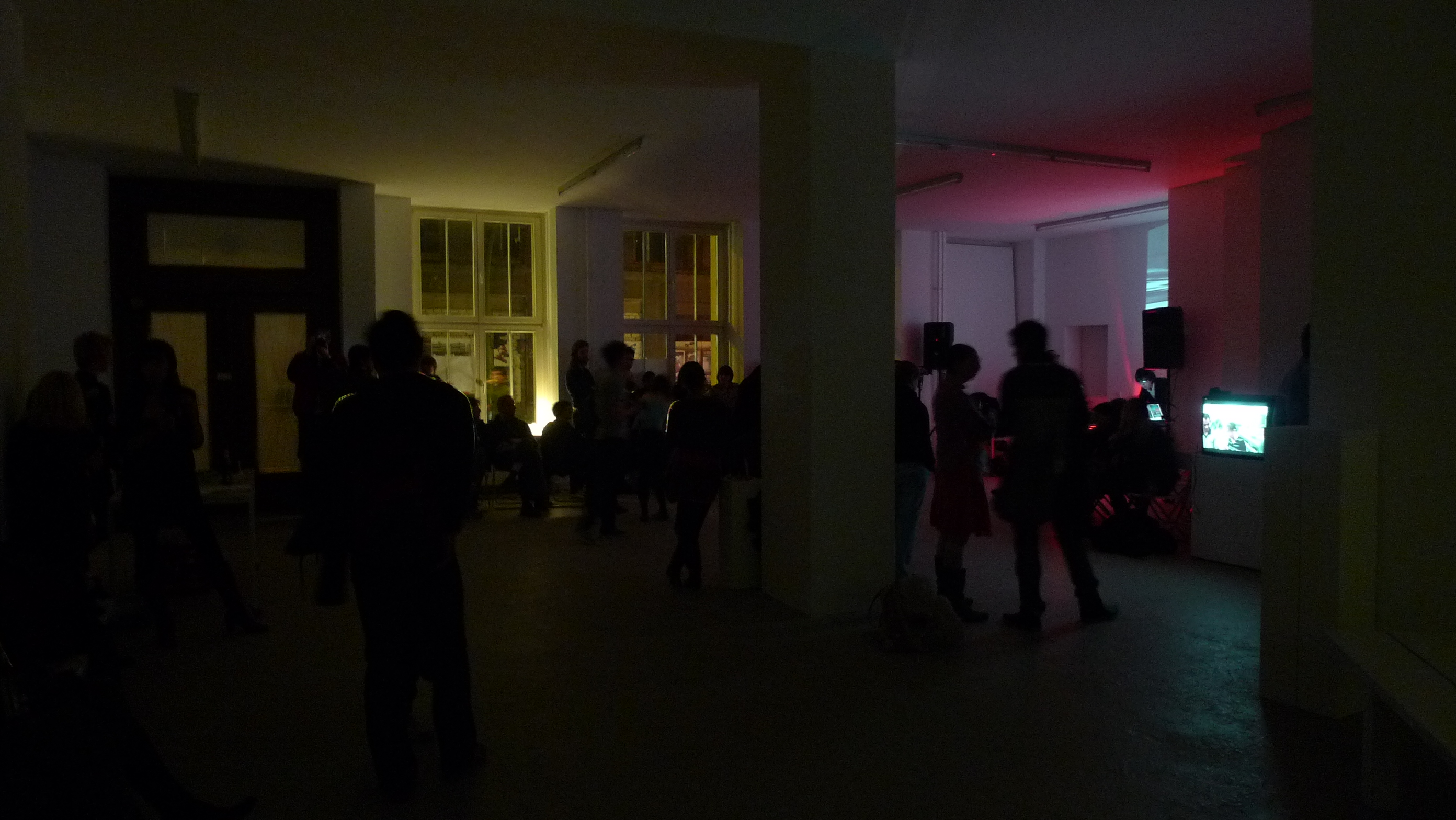 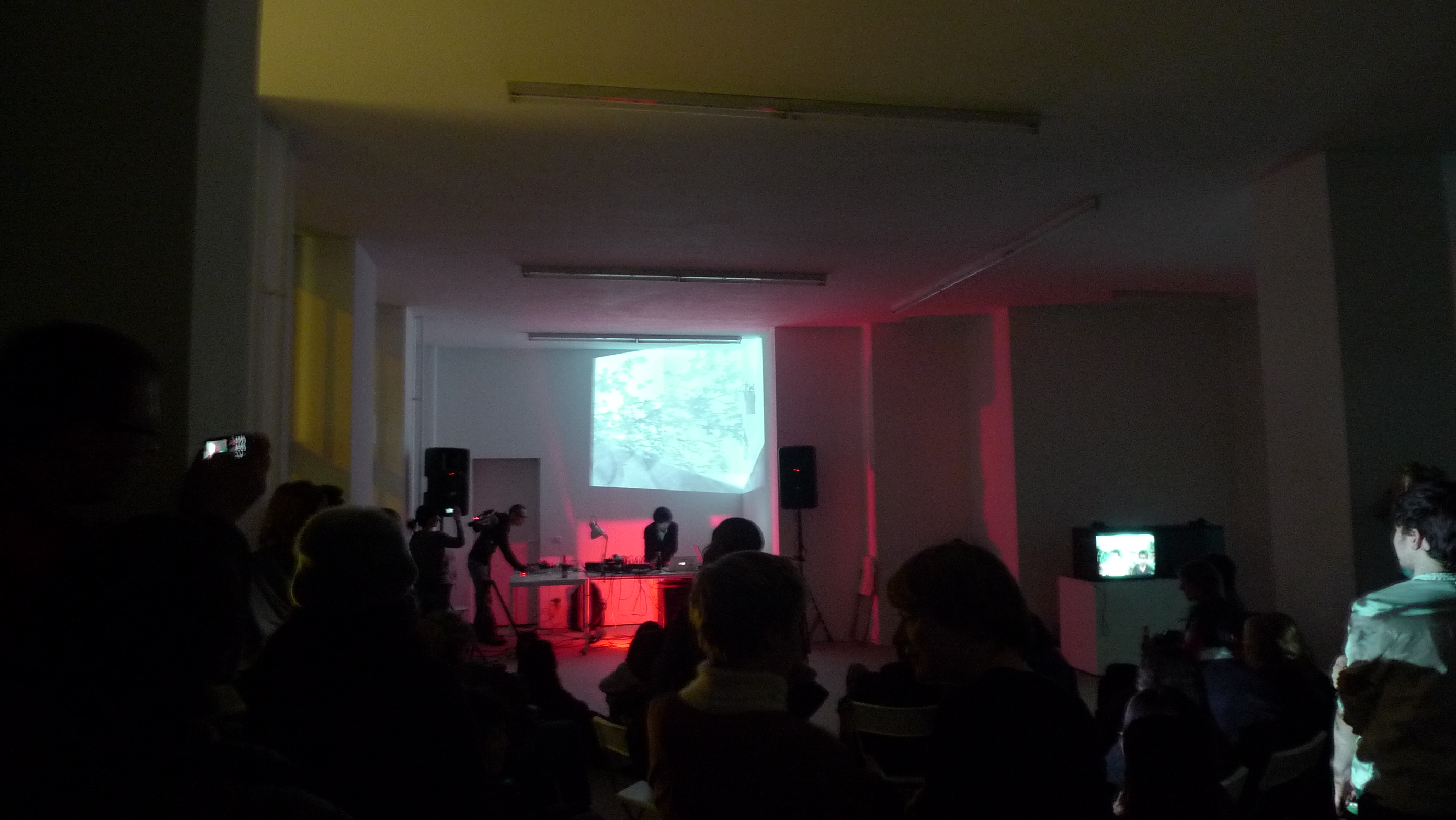 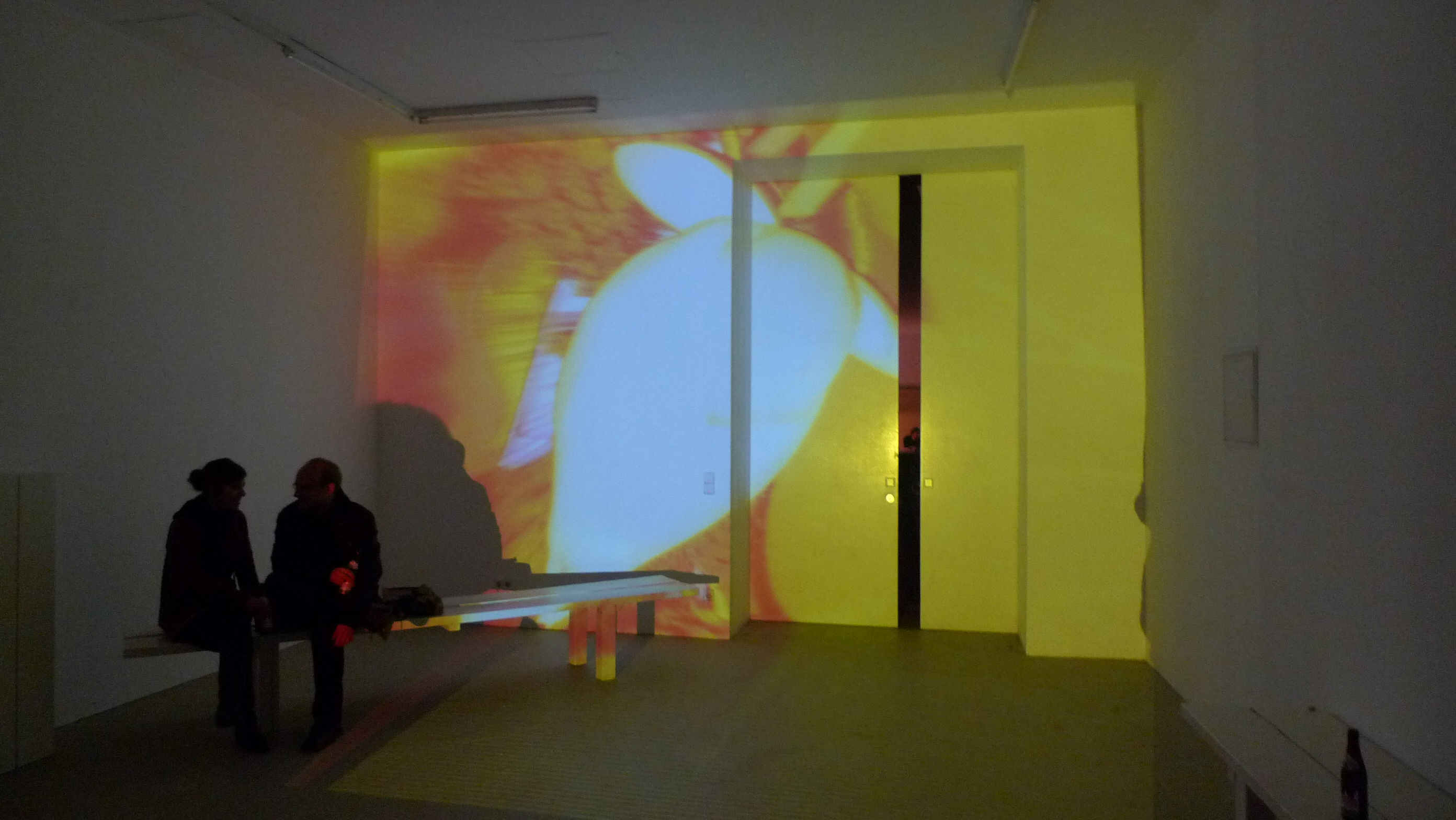 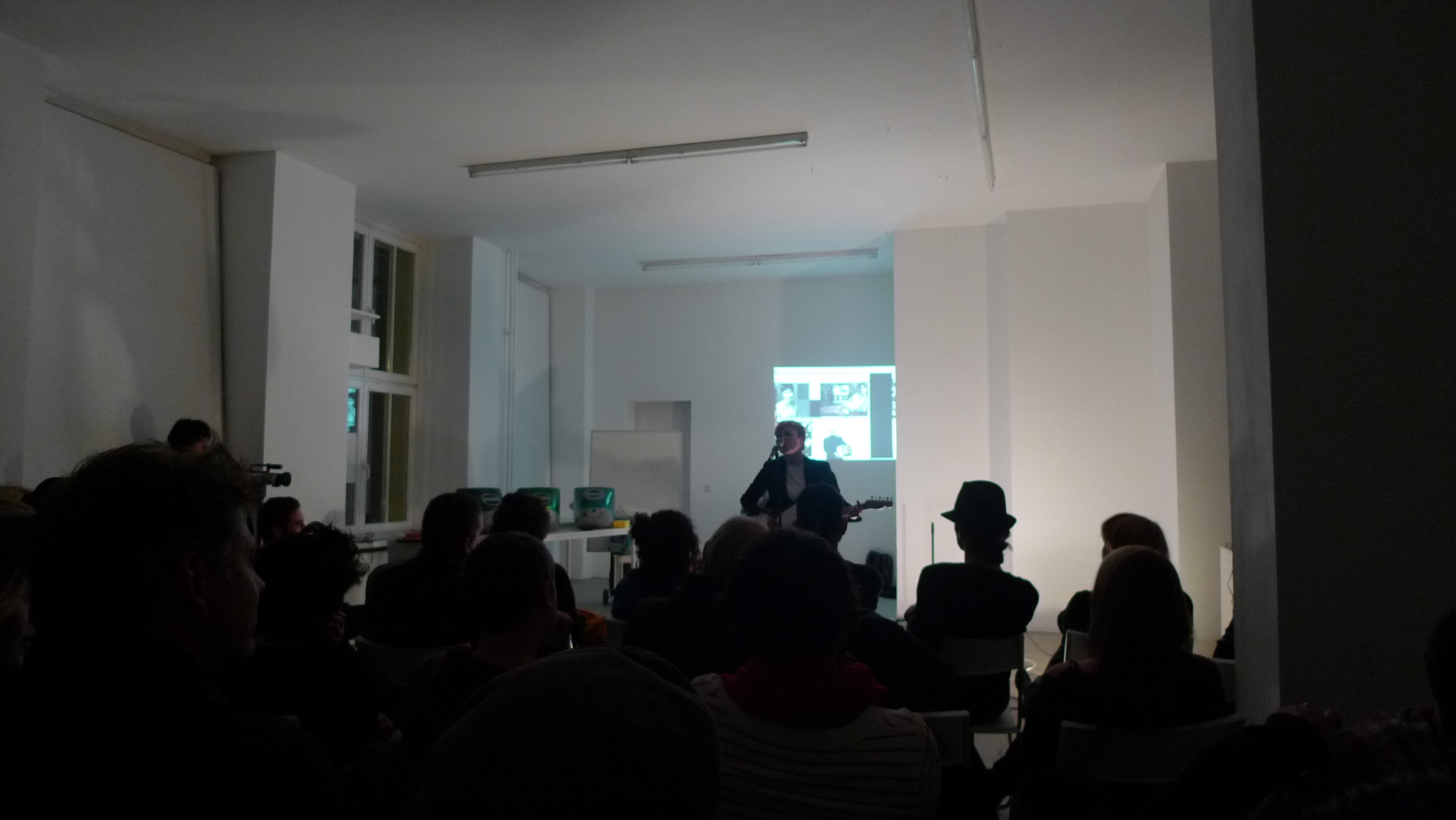 DIY strategies recall Deleuze and Guattari’s concept of the rhizome. It is what Deleuze calls an “image of thought”, based on the botanical rhizome, that apprehends multiplicities.

Like the rhizome, these artistic networks and ways of working are self-determined and non-hierarchical. They proliferate chaotically out of multidimensional – one could say multidisciplinary roots. These kinds of structures have been visible throughout the world (from Berlin to China) for decades, to varying degrees of visibility depending on political, financial, and market agendas. As the new economic model surges forward, the individual is finding a new place in The People’s Republic of China. Collective responsibility has given way to individual gain, and for some enjoying the material benefits of the past two decades following The Four “Modernizations[1],”, this has become central to the notion of the ‘self.’ In contemporary Chinese society, the ideals of personal expression and individuality are beginning to taking precedent. Shifts in the State’s methods of governing imply that there are now new freedoms of imagining and implementing one’s own future. This is underscored by the possibility of consumer choice, a radical departure from the previous collective responsibility of the people and the dominance of the Chinese Communist Party’s “Serve the people” ideology.

[1] The four Modernizations were enacted by Deng Xiaoping, starting in 1978, to strengthen the fields of agriculture, industry, national defense, and science and technology in China. The Four Modernizations were adopted as a means of rejuvenating China’s economy in 1978 following the death of Mao Zedong, and were among the defining features of Deng Xiaoping’s tenure as head of the party. 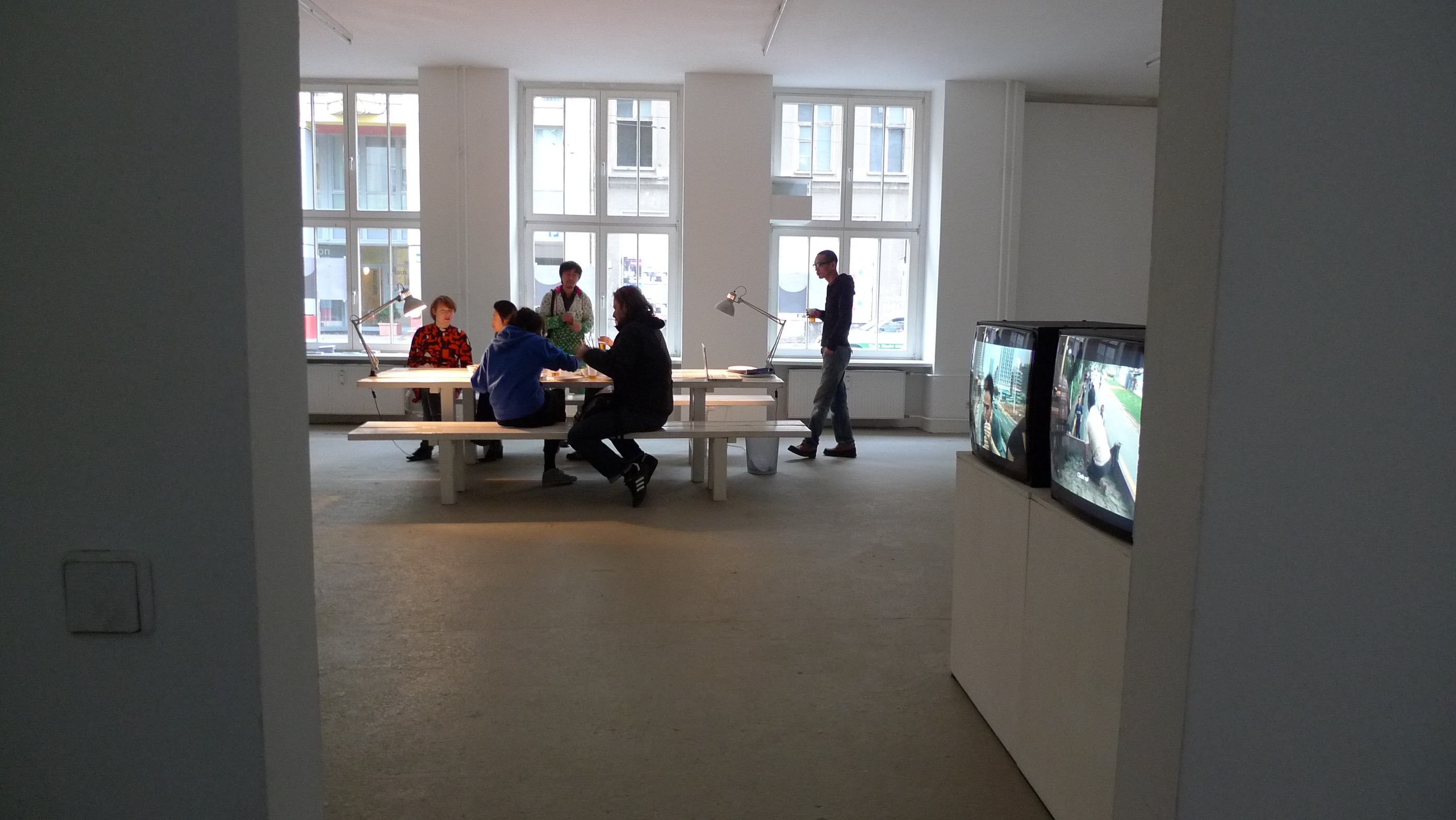 Podcast THERE IS NO I IN TEAM: a playground for cultural initiatives from Berlin to Beijing

Dec 29, 2009 / The podcast created around the project THERE IS NO I IN TEAM installs itself in an exhibition space where the video works of Meiya Lin and Jin Shan raise questions about the role of the individual, hierarchy, power, migration, public space, market strategies and capitalism. These questions set up a framework for the talks, interviews, skype-conversations and lectures of the podcast.

The talks and interviews were originally presented on October 15-17, 2009, as part of the event THERE IS NO IN TEAM in Program e.V. ,Berlin in collaboration with Berlin China Bridges and ifa – Institut für Auslandbeziehungen e.V.

The podcast is best to listen to with headphones as we recorded it in the exhibition space and so we have to apologize for the not so perfect sound quality.

The moderators of the podcast are Leo De Boisgisson and Pauline Doutreluingne.

Day 1: Individual and Groups in China, Beijing and Germany, Berlin

In the first part of the podcast, we invite various players of creative networks based in Beijing and Berlin to cast a retrospective gaze upon the past two decades and comment how sociological and political factors have influenced individuals and groups trajectories in the context of the two countries. More than any year before, 2009 seems to be a particularly apropriate moment to comment on the current state of creation in Berlin and Beijing, as both cities are experiencing a sort of “return of the repressed” with the anniversaries of events that have marked important turning points in their close history. Germany and China are both dealing with past and memory in very different ways. We intend to raise questions such as how this influences both individuals and society on the whole, and how we imagine artists of the “post-1980’s generation,” born right on the heels of dramatic ideological changes will process these changes and organize themselves on both micro and macro levels?

Day 2: Getting Lost Together and China ‘s Creative topography
Performance, Getting Lost Together by Christine Woditschka, app. 25 min (German spoken)
Christine Woditschka wears a classical black suit, high-heels and sunglasses. She gives a speech about living and working conditions of cultural producers, considering the interconnection of friendship and business relations.
Moving Cities is a Shanghai-based think-tank that investigates the role that architecture and urbanism play in shaping the contemporary city.  Established in 2007 by Bert de Muynck [BE] and Mónica Carriço [PT], movingcities publishes, collaborates, talks and walks, and operate as embedded architects.After operating from Beijing [2007-2009], movingcities moved in October 2009 to Shanghai.

Shanzhai cultural piracy phenomenon in China by Lin Yu, journalist and editor, discusses current trends in Chinese creative communities, and presents a snapshot of how people, processes, and places are interwoven. Lin Yu further discusses the phenomenon of Shanzhai (simplified Chinese: 山寨; pinyin: shānzhài) that refers to Chinese knockoff and pirated brands and goods, particularly electronics. Literally “mountain village” or “mountain stronghold”, the term refers to the mountain stockades of warlords or thieves, far away from official control. “Shanzhai” can also be stretched to refer to people who are lookalikes, low-quality or improved goods, as well as things done in parody.

Punk rock, minimal, electro, music of all kinds, street art, graphic design, avant-garde theatre, architecture: Berlin is a global icon for all of these and more cultural signals, and plays host to a variety of scenes in which each of them have the freedom to expand. All of this is possible because of a suitable context composed of interactions between the public and the private spheres, the underground and the overground, the governmental cultural policies and the civilian involvement at a ground level. In this context, cutting edge events and festivals are born, develop and sustain as an inherent part of the local culture life. We invited panelists to a conversation to understand how these multiple components continue to evolve and coexist.

China: Li Zhenhua – independent curator and art manager on Laboratory Art Beijing 北京艺术实验室, a platform for sharing and building constructive ideas. In China, there is a similar cultural boom, but it is very new and chaotic. In some ways it is reminiscent of the European arts scene in the eighties, full of DIY projects, but now in China it is also rife with sponsorship potential, whereas culture in China is still very much subject to government control. TINIIT panel discussion asks how does it work to organize and maintain cultural events in China?If you are curious for the answers, please listen to the podcast of THERE IS NO I IN TEAM.

Thanks for the great playlist of Oliver Baurhenn (CTM) and Leo De Boisgisson.