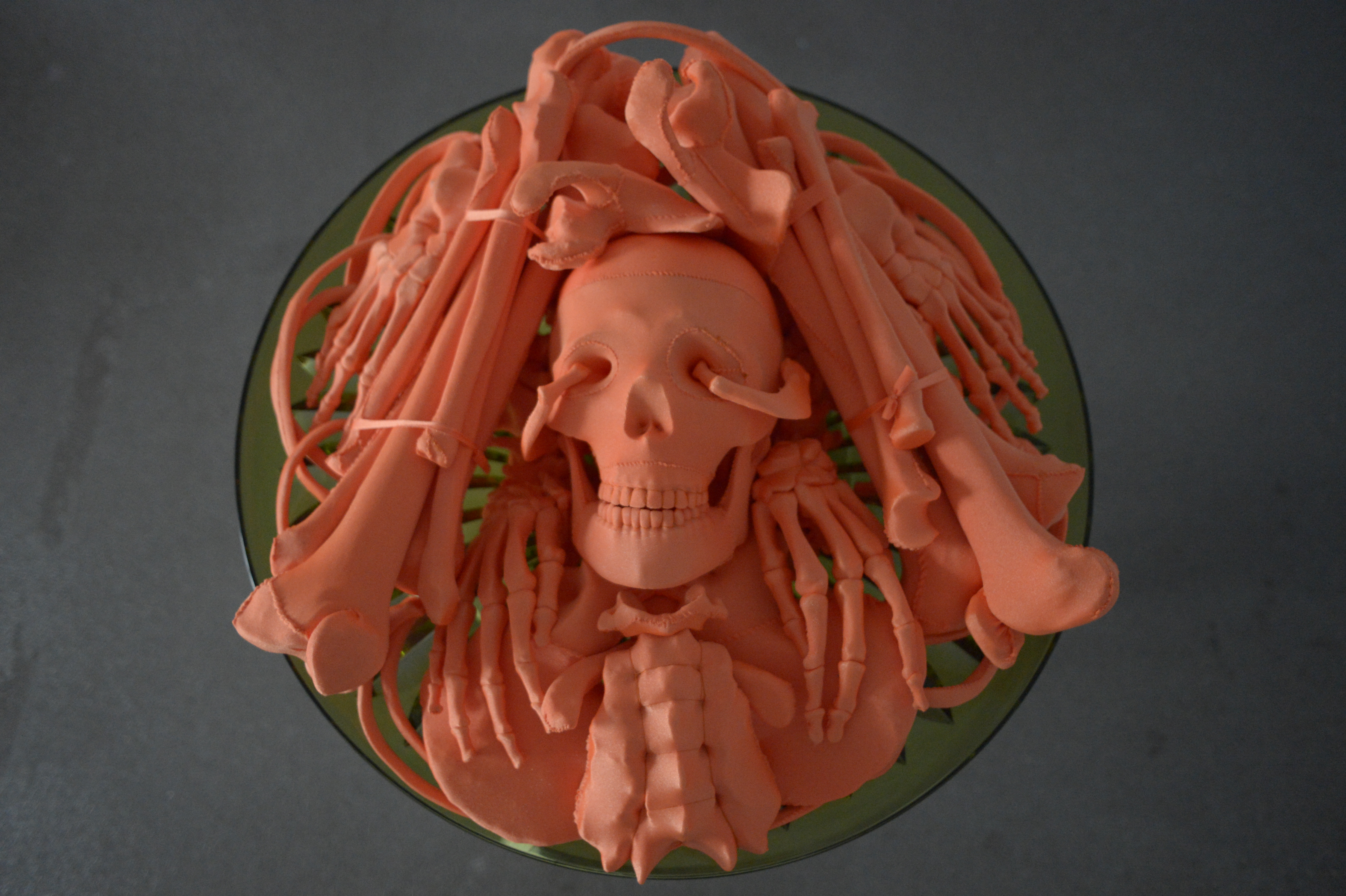 Souziehaas invents and portrays extraordinary alter egos and multiple identities that question normative behavior and aesthetics.
The exhibition The Eye Has To Travel, titled after a statement by the iconic fashion editor Diana Vreeland, stages an intimate, almost disturbing portrait of the life of the artist souziehaas. In her work and her vibrant celebration of camp, she explores the role of women and the implications of gender in society. Drawing from the inherent ambiguity in her own identity and body (Madonna or whore?), souziehaas challenges reductive categories not only in her artwork, but in every element of her life.

For her solo exhibition at Mindpirates Projektraum (July 5 – August 3, 2013), souziehaas has conjured her visions and artistic sensibilities and materialized them into a carefully arranged fantastic and surreal cosmos. Akin to her series of “apartment exhibitions” realized over the last few years in the form of installations of her artworks in other people’s private homes, every detail is meticulously thought through. Viewers find themselves immersed in her cosmos, a space bathed in bright baby blue and baby pink light, in which fabulous sculptural creatures and richly detailed installations act as autobiographical stations in the complex narrative of her role(s) as a woman in society, from cradle to grave.

In her attention to materials, arrangements, implied narratives and viewing context, souziehaas reshuffles aesthetic sensibilities, and questions gender conventions through the use of soft and hard “feminine” textiles and colors. In this noble conquest of the irrational she couples two realities: new perspectives taped together reveal layers of the image that lie just below its surface; and visible traces of imperfection are part of the works, just as they are an important part of life itself.

Souziehaas plays with the performativity of her chosen materials – which include plastic to silk and letters embroidered in gold – to challenge the gender connotations they carry. These materials defy haptic expectations and allow the artist to orchestrate her unique vision of high and low Aesthetics conflating into a dazzling Camp Gesamtkunstwerk.

“The essence of Camp is its love of the unnatural: of artifice and exaggeration. And Camp is esoteric – something of a private code, a badge of identity even, among small urban cliques…” Susan Sontag, Notes on “Camp”[1]. As Sontag suggests, camp is not a genre, but an aesthetic sensibility that is often subversive and irreverent and which appeals to the viewer’s sense of humor through its ridiculousness.

She prefers the playfulness above the seriousness. Or as Georg Baselitz stated: “Art is visceral and vulgar – it’s an eruption”. The titles chosen for her works exemplify the scope and themes she explores and also underline her particular sense of humor: the lie, ficken lieben, liebes ficken, mamamuttimamipapavatipapi, if it moves kiss it, misses vanity, etc.

Life and death, vanity, the soul and the nature of representation are some of the preoccupations throughout her body of work. Souziehaas casts herself as subject matter, making each of her staged characters protagonists of an implicit narrative. Role-playing and the nature of identity, sexual and cultural stereotypes: she runs right against them, unfolds and reassembles them in order to create a new identity. 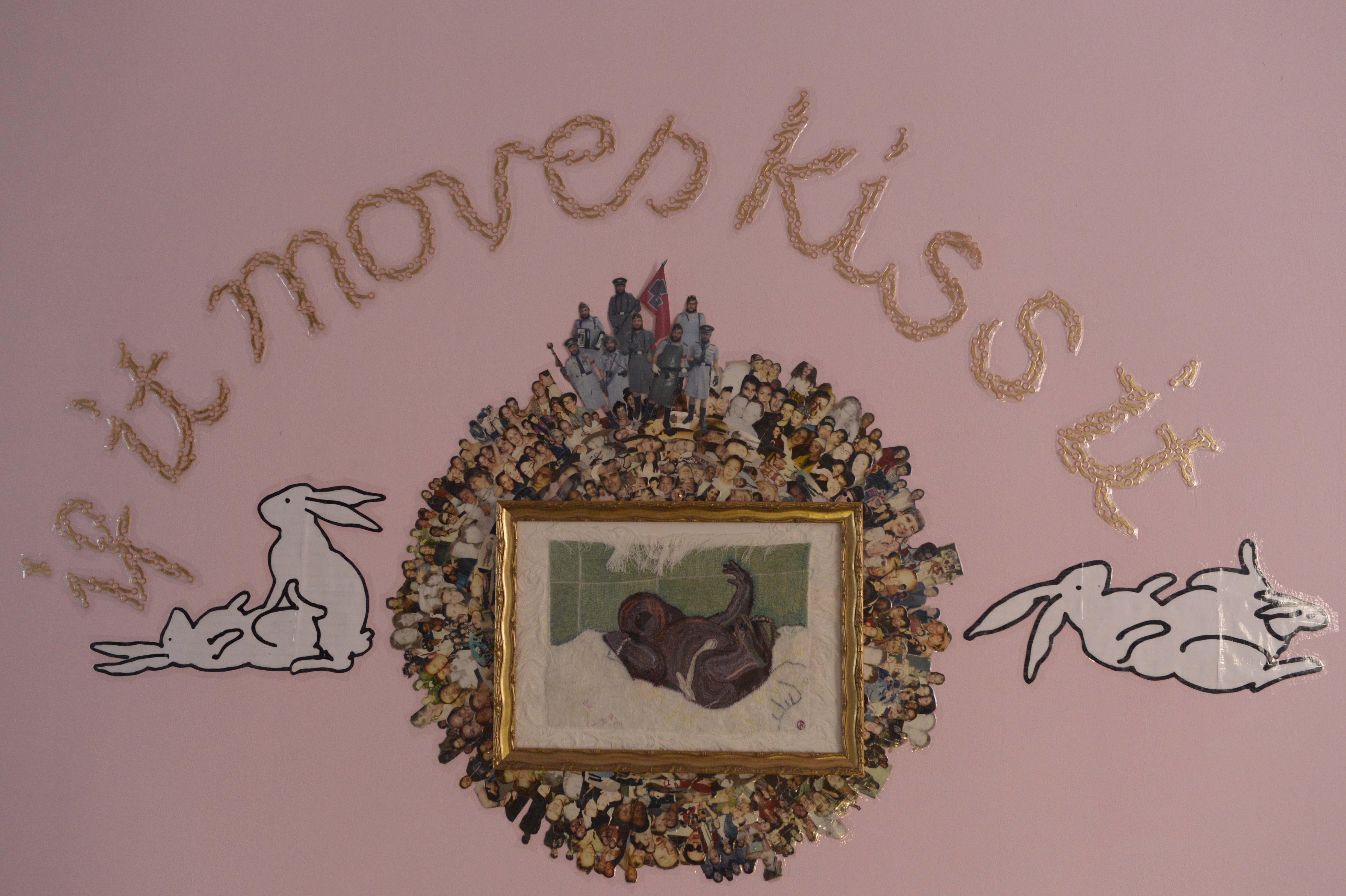 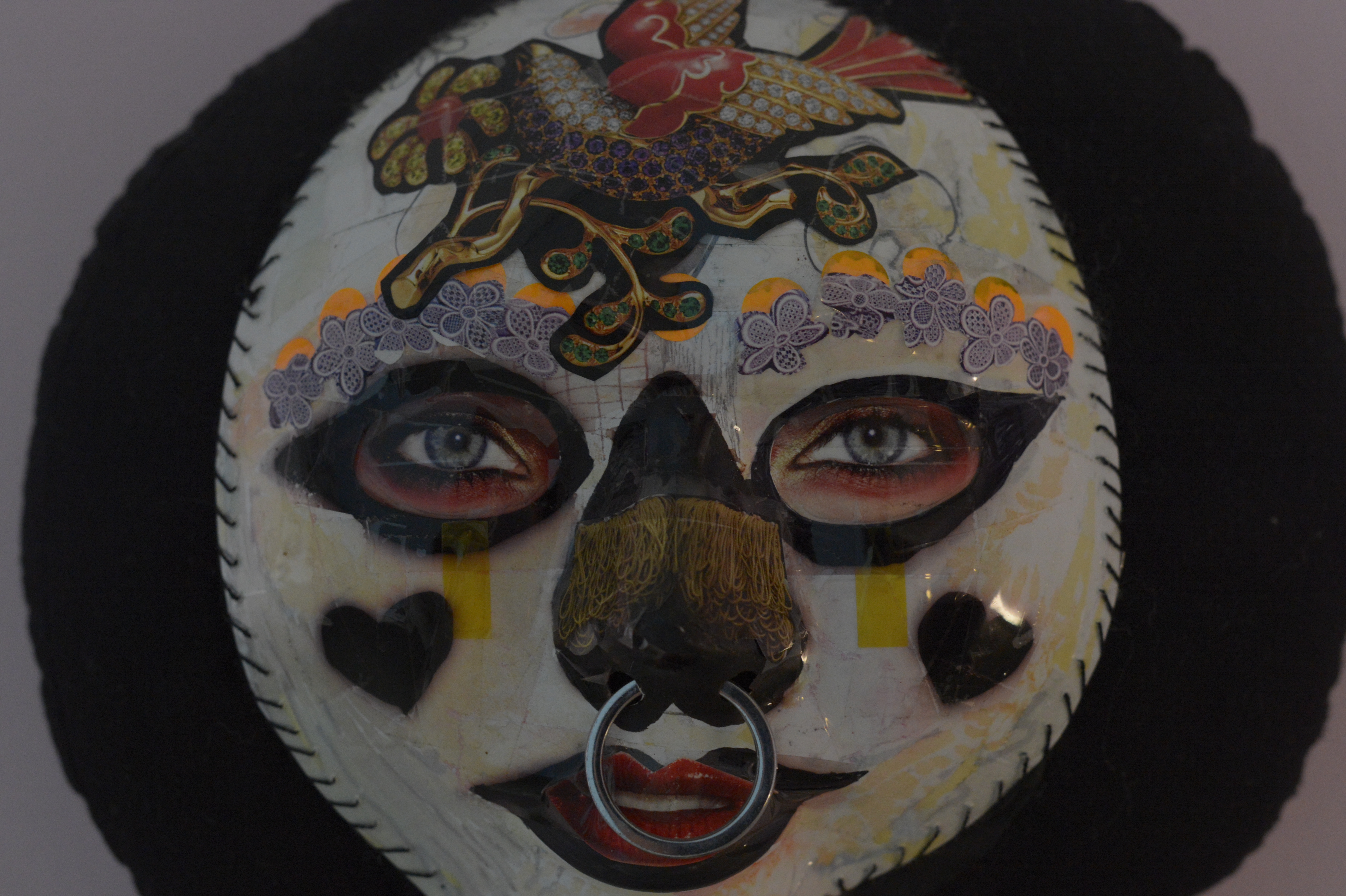 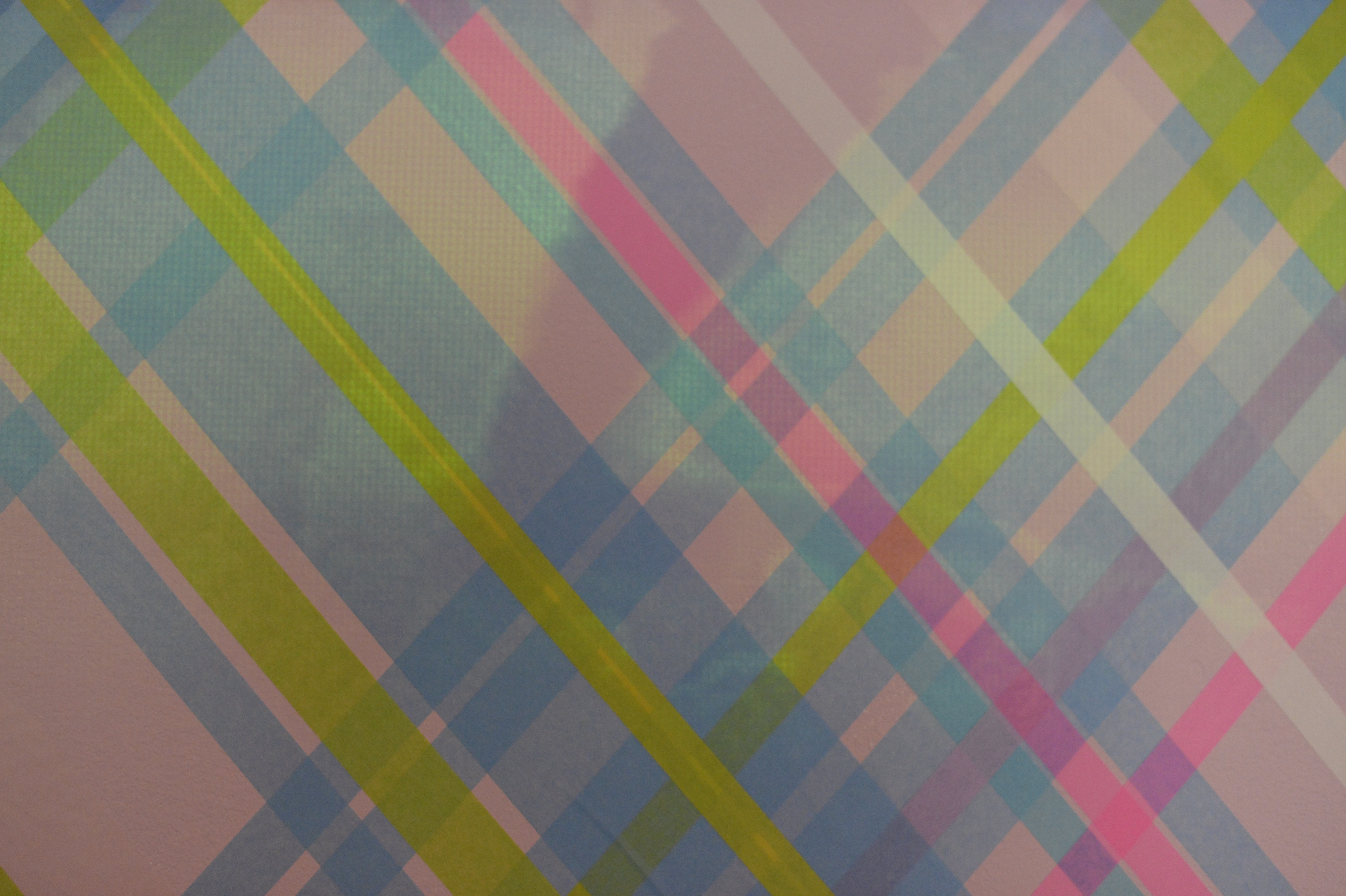 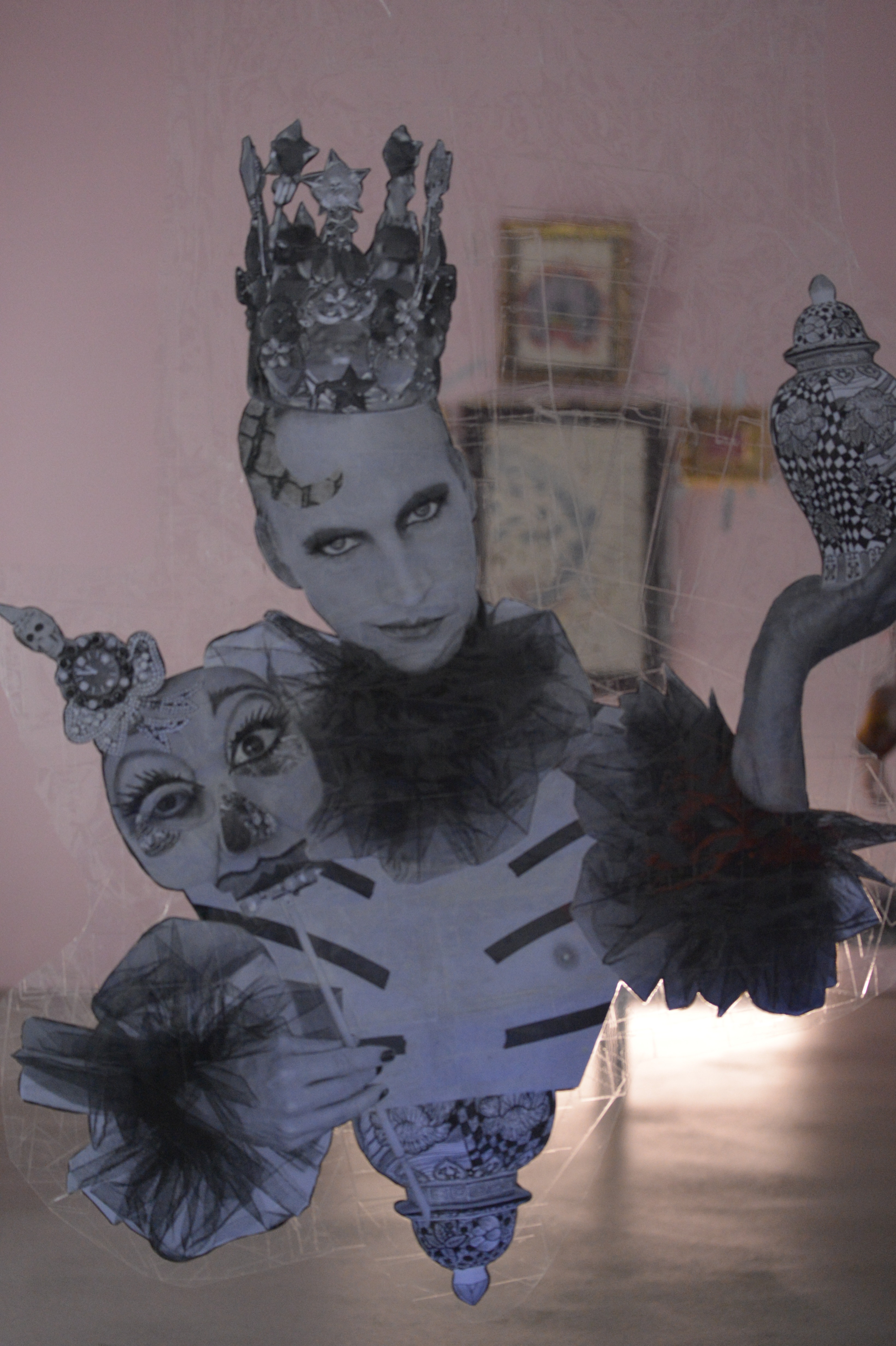 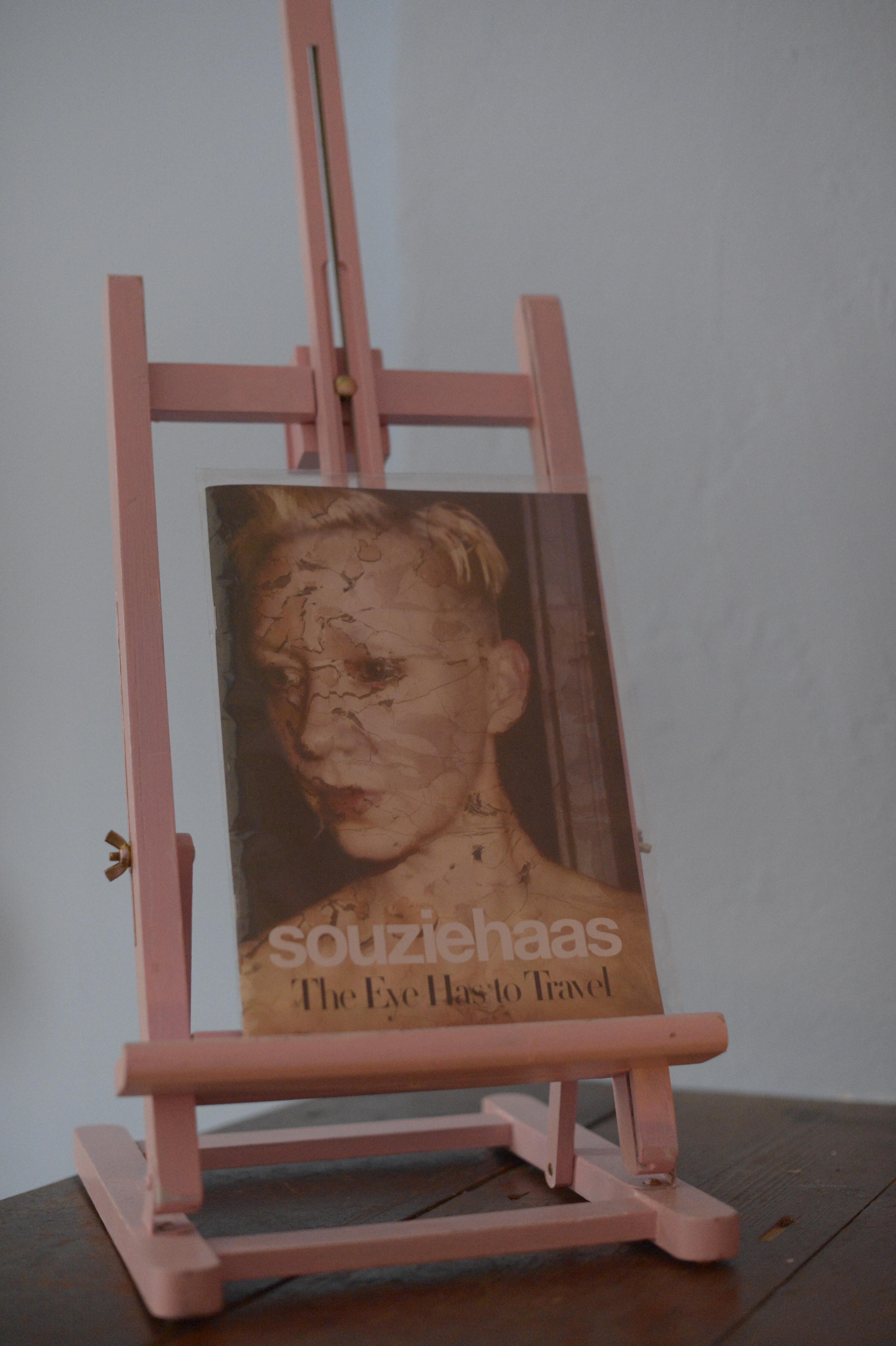