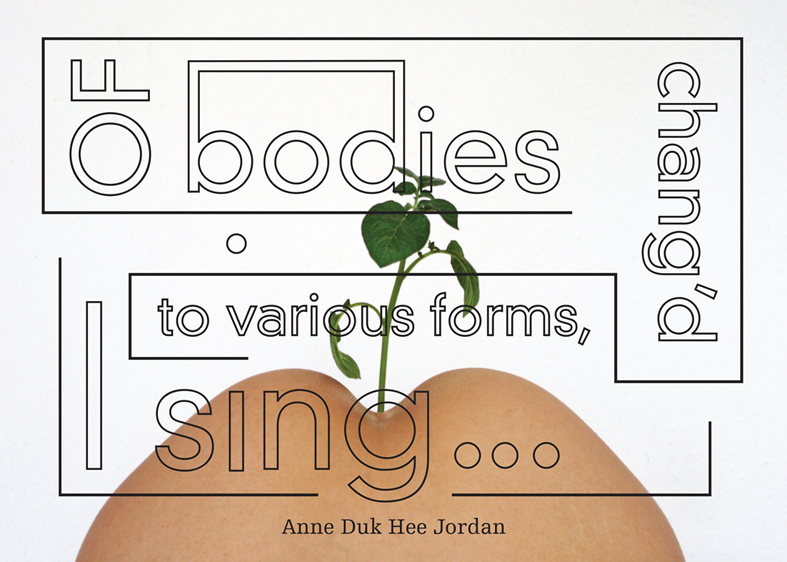 Solo exhibition of the artist Anne Duk Hee Jordan, which aims to shed light on the artists’ creative processes.

Of bodies chang’d to various forms, I sing:
Ye Gods, from whom these miracles did spring,

Inspire my numbers with celestial heat;
‘Till I my long laborious work complete:
And add perpetual tenor to my rhymes,
Deduced from Nature’s birth, to Caesar’s times.

Before the seas, and this terrestrial ball,
And Heaven’s high canopy, that covers all,
One was the face of Nature; if a face:
Rather a rude and indigested mass:
A lifeless lump, unfashioned, and unframed,
Of jarring seeds; and justly Chaos named.
No sun was lighted up, the world to view;
No moon did yet her blunted horns renew:
Nor yet was Earth suspended in the sky,
Nor pois’d, did on her own foundations lye:
Nor seas about the shores their arms had thrown;

But earth, and air, and water, were in one.

OF bodies chang’d to various forms, I sing… is the second solo gallery exhibition of the Berlin-based artist Anne Duk Hee Jordan at cubus-m in Berlin in September 2014.

The exhibition aims to shed light on the artist’s creative processes and through a precise selection of varying but interconnected forms and bodies of her work, ultimately pointing to the core of her artistic research.

Jordan opens up doors to a holistic universe where she humorously and romantically creates machines that mirror, extend or convert biological processes and chemical reactions between living organisms and dead material, which are then interwoven with classical mythology and poetry.

I met Anne Duk Hee Jordan in prison. The cells were filthy and the corridors narrow. She said, “Hey, I know you from somewhere.” I couldn’t locate where or when we met but there was a certain familiarity. The second time was at her place. She showed me the piece she proposed for Osmotic Impulses – an exhibition that I co-curated with my partner-in-crime, Bonaventure Ndikung, in June 2011 in the former Prison Neukölln. Her stop motion video was titled Disembodiment. A potato plant grows out of a human butt. The soundtrack was a rendition of Ella Fitzgerald’s „Let’s Call the Whole Thing Off“, recorded exclusively for the work by American artist Jessica Segall.

„Osmosis is the diffusion through a semi permeable membrane. Transferring it to a higher level, in particular to humans and also to the piece ‘Disembodiment’ we can assign the membrane to the individuals and our environment and economics. By the decisions we take we actively influence our environment as it is vice versa. I made the decision to let a potato plant grow out of a butt as a symbol for the influence of the inside on the outside and the other way around which can also be a meaning of overstepping borders.“, A.D. Jordan, 2011

Entering the realm of Anne Duk Hee Jordan’s work is like walking into a wunderkammer. Her work is an interactive fantasy play with the knowledge and theories about the world and our souls. In the absence of concrete knowledge, fantasy runs riot.

If you want to read more, have a look at the booklet in addition to the publication that has been made in collaboration with graphic designer Solveig Suess and cubus-m. 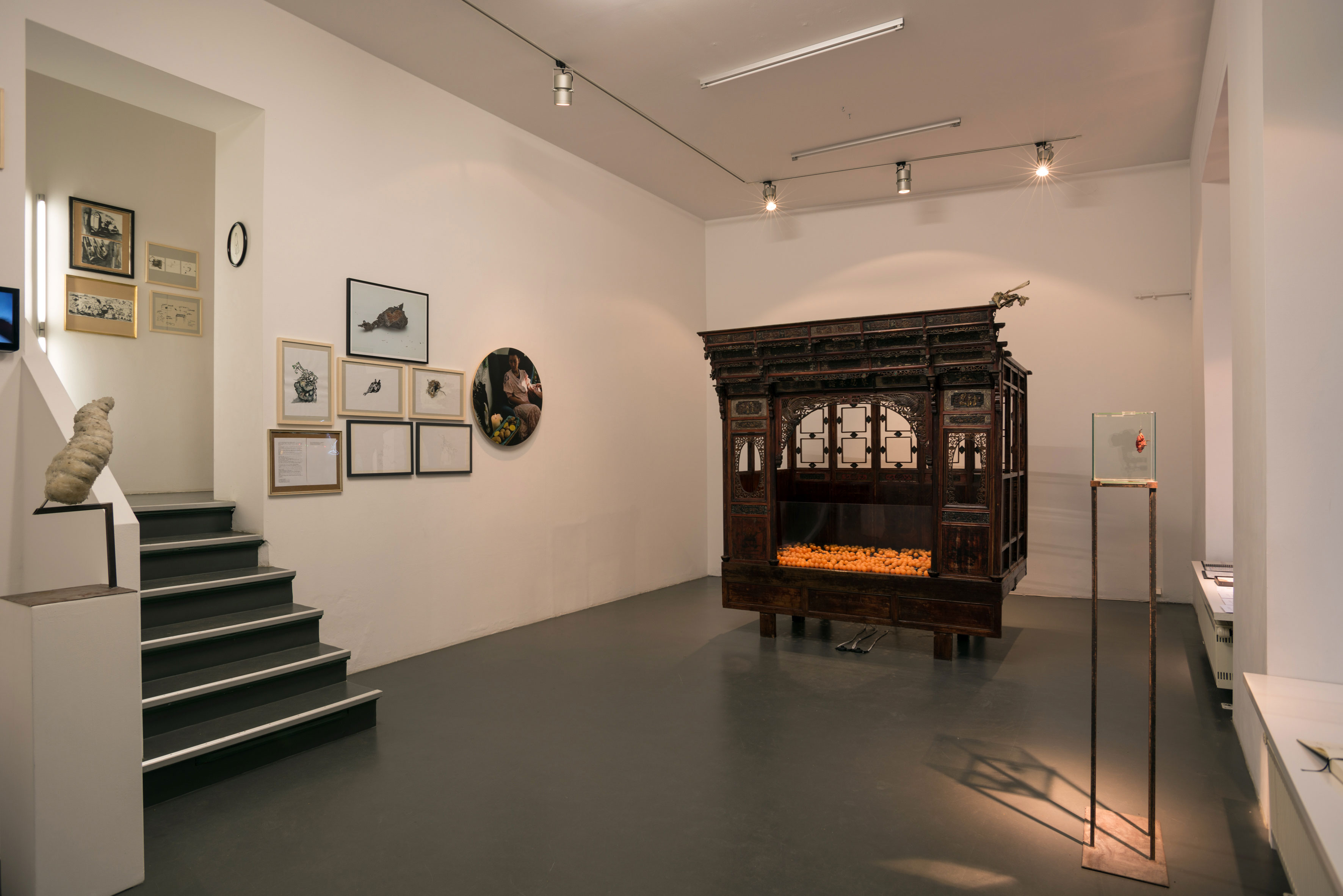 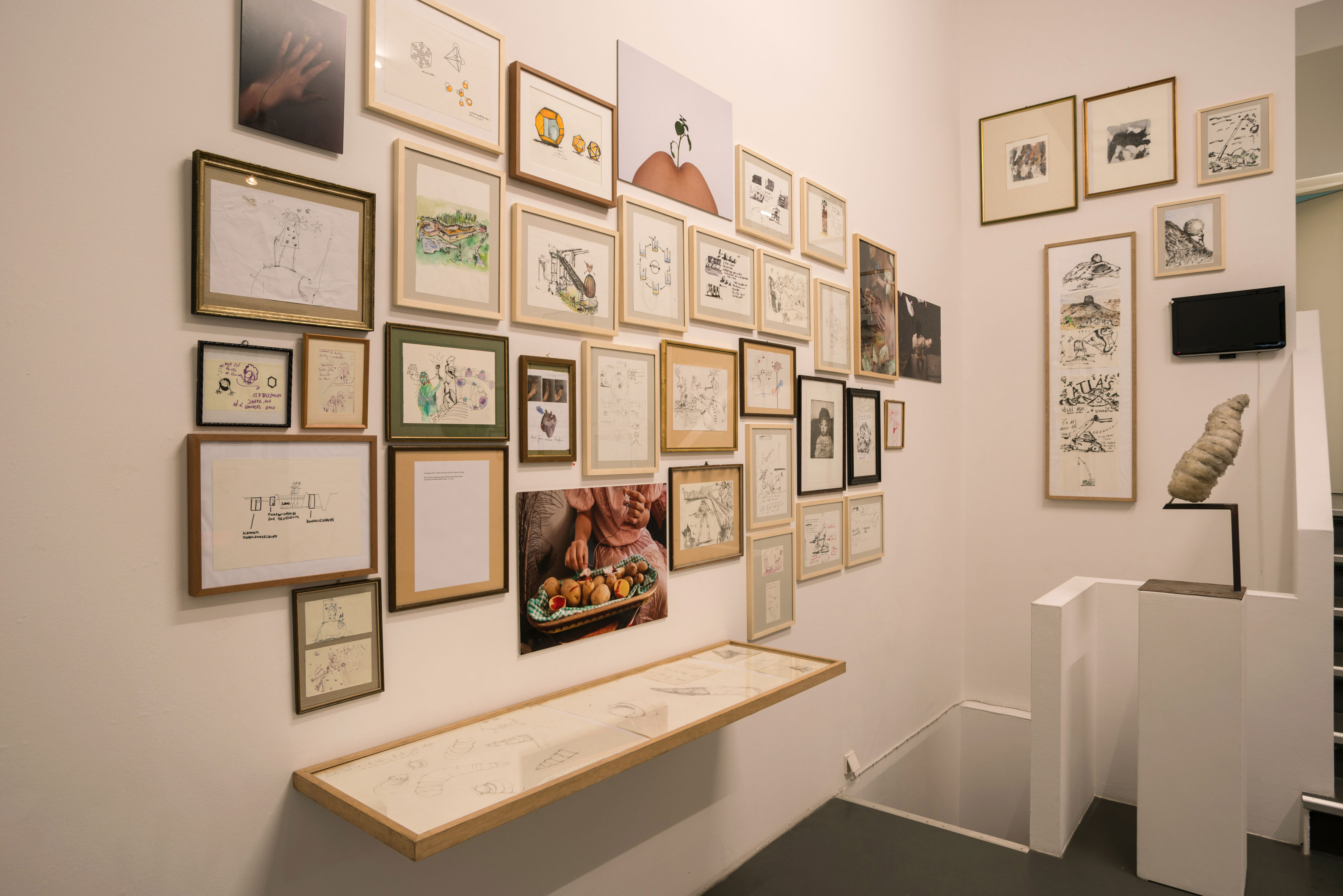 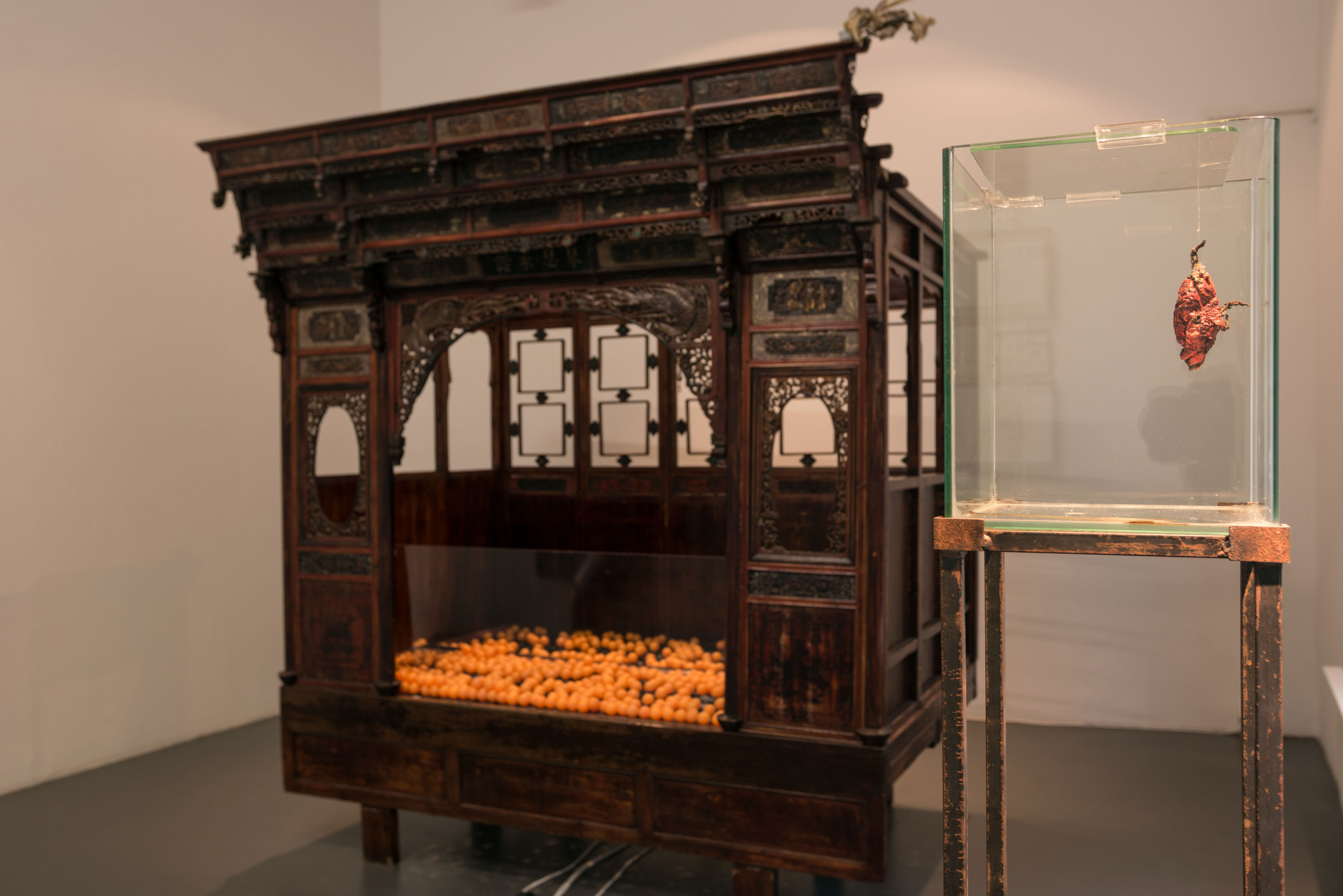 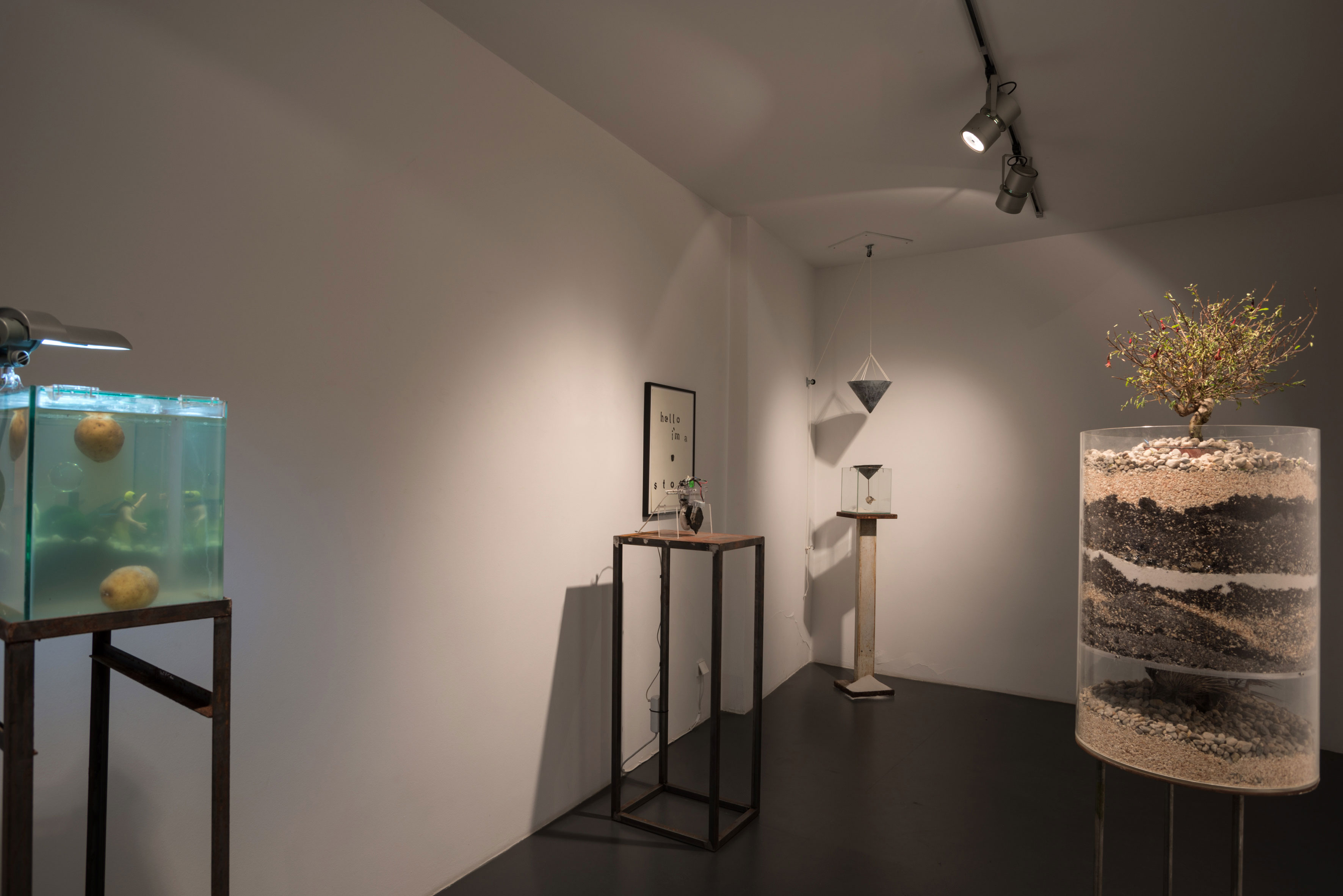 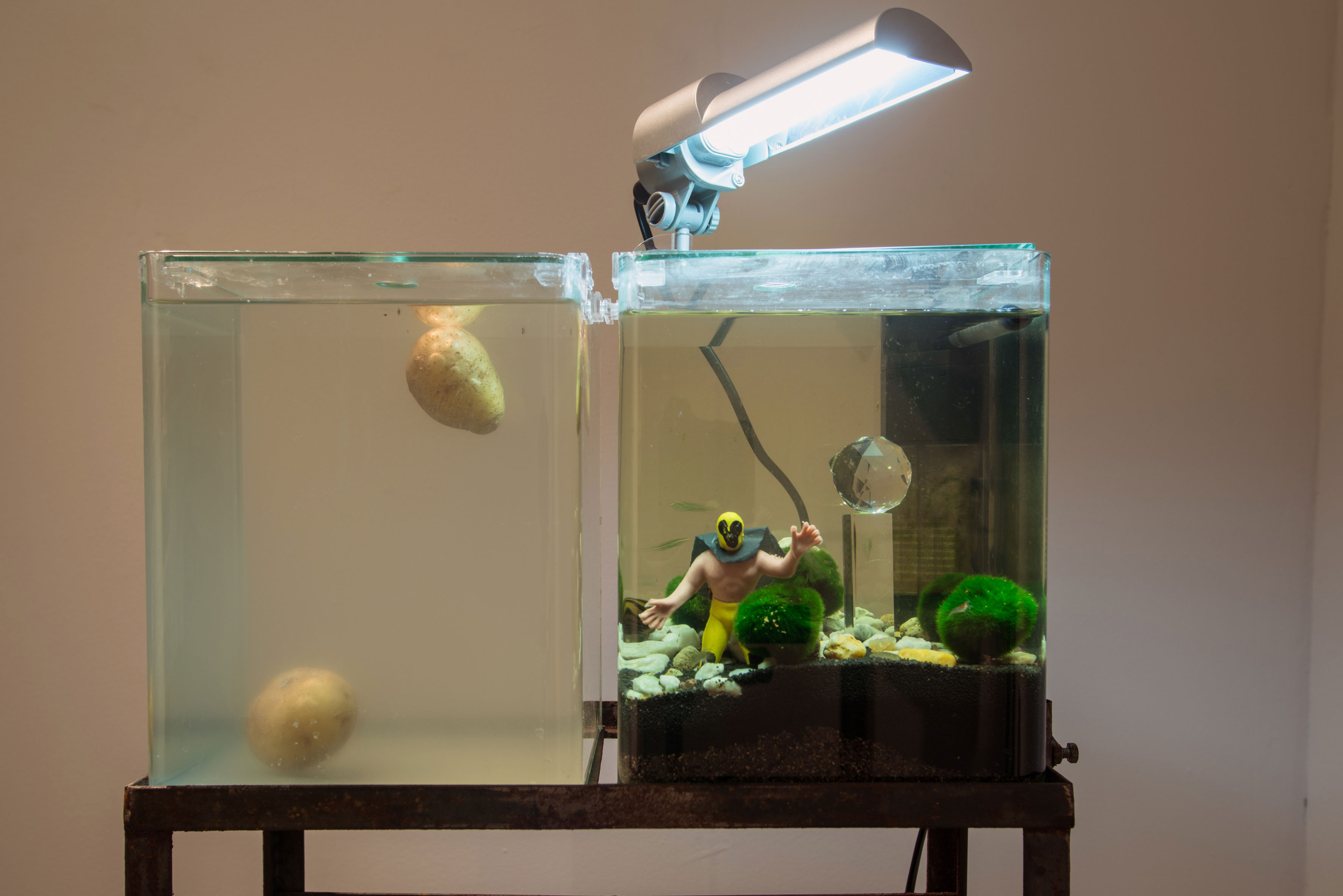 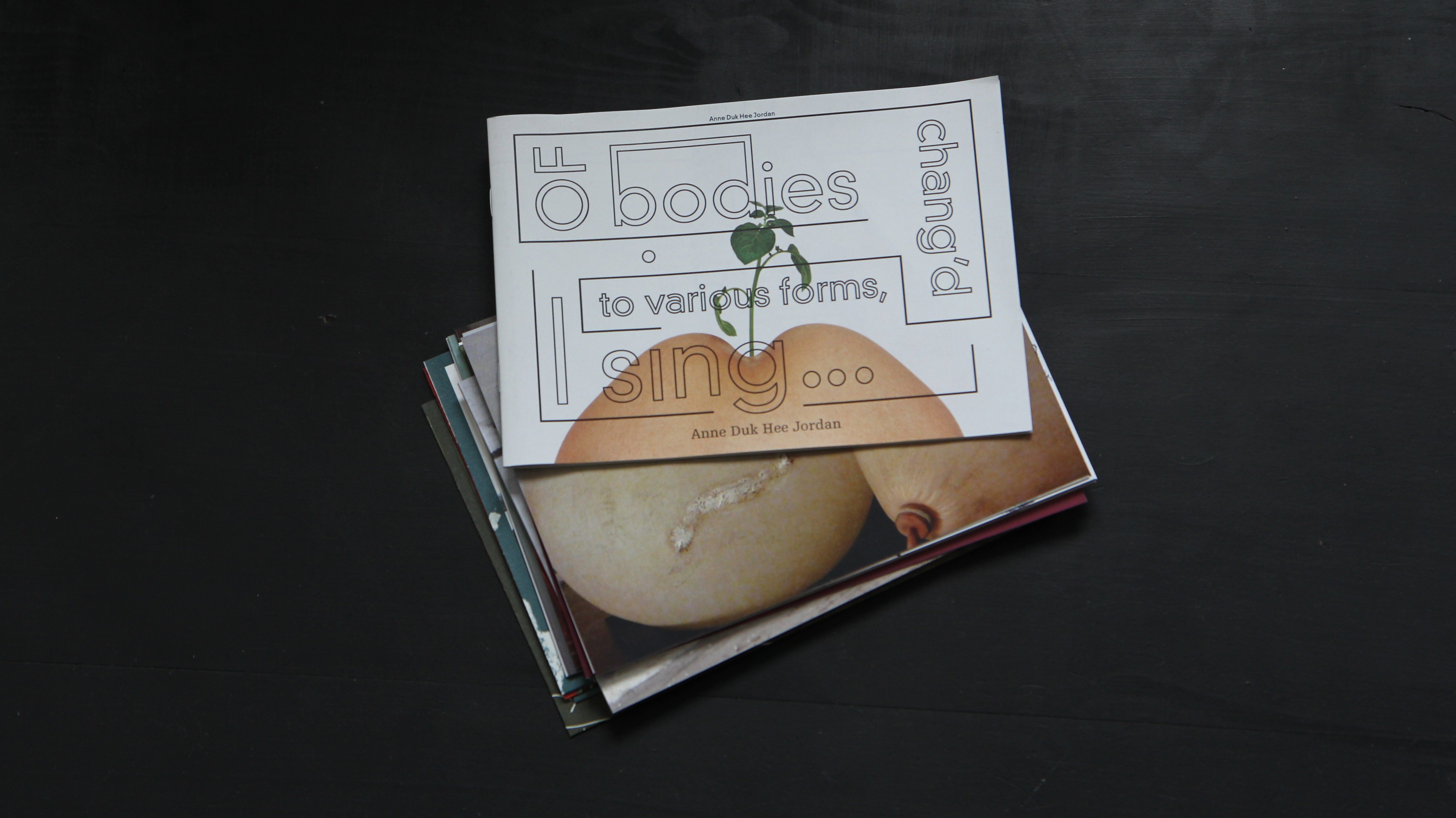 Publication, made in collaboration with solveigsuess.com